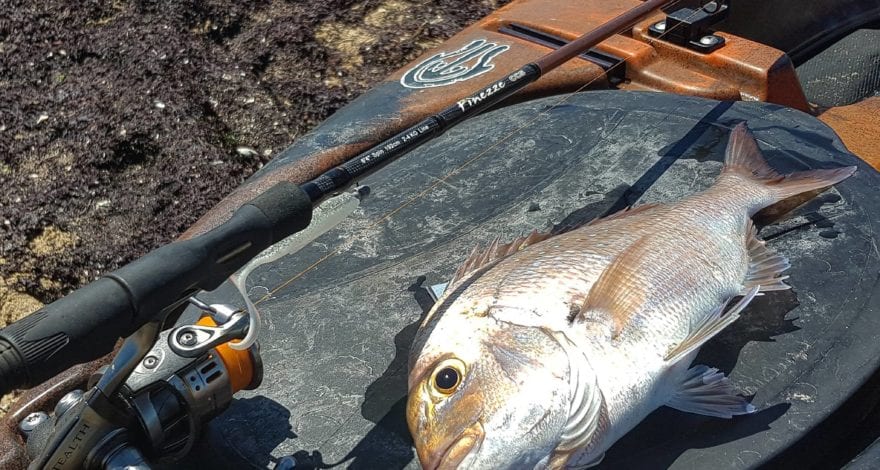 Alan ventured out just before the Christmas break to Campbells cove. Which is located between Werribee and Altona not to far from Wyndham harbour. Using his native watercraft slayer kayak Alan launched in the early morning around 6.30am fishing in depths around 5 meters and finished around 10.00am.

Fishing in the first 2 hours was frantic, around 25 pinkies were caught. Most taken on the Savage Gear Fat curl tail soft plastics in UV bloodworm and UV motor oil rigged with a 1/8 jig head. These were either slowly lifted with pauses or a slow constant retrieve. The others were caught with pilchard strips on a small paternoster rig setup. The water clarity was very dirty so no squid were taken although Alan did also manage a large flathead and large snook.