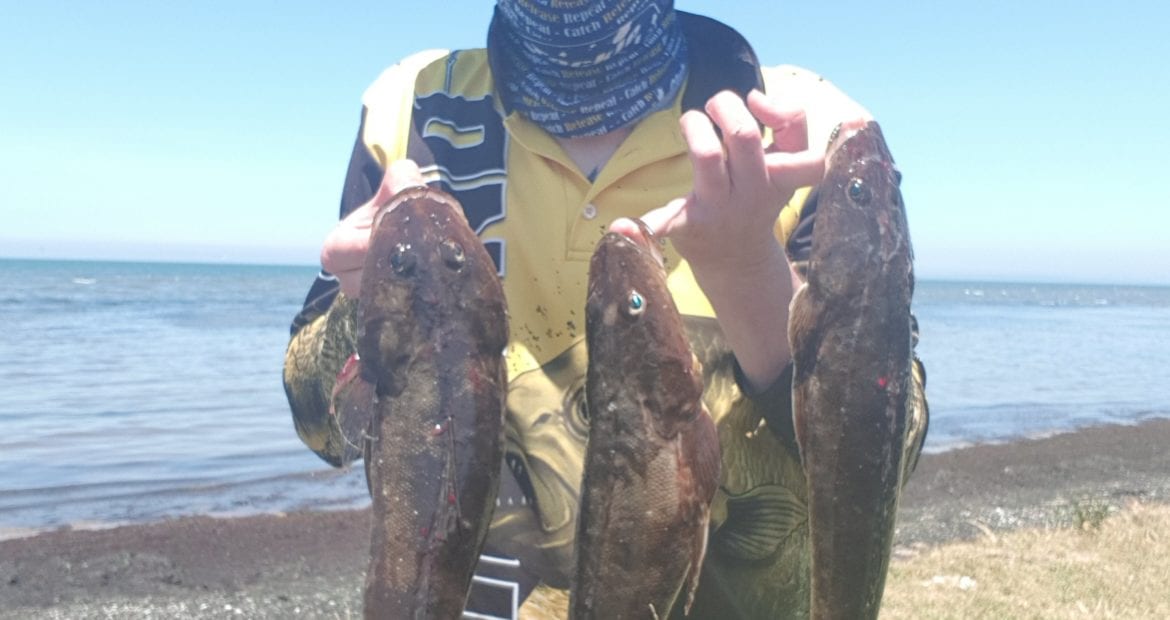 Campbells Cove Fishing Report courtesy from Steve Vessy from Fishing with Steve. Do make sure to check out his YouTube channel and Instagram page.
You can see more about fishing Campbells cove here.
So Wednesday started at 5 am, The weather gods had finally started to play nice. The kayak was all set up and ready with 3 rods rigged. Started with a 6 am launch at Campbell’s Cove, The plan was to launch at sun up and drift around for some squid, Then head out with some fresh bait anchor up and try for gummy shark and a feed of flathead. The wind was a bit stronger than I thought to blow around 5 knots which doesn’t seem like much but it was onshore NNE winds for this area. Drifting was going to be tough, so after 30 mins of not a single bite, I decided to head out to around 4 meters. The plan worked and the first rod buckled. Using a running sinker rig on my heavy rod with 20-pound line and 20-pound leader, A size 4/0 circle hook with a Squid head I was hopeful of that Gumbo. However after a short fight up from the depths comes a big brown shadow, Not the gummy I was hoping for but an awesome beast none the least in a well-conditioned Port Jackson shark, after managing another 2, I was out of squid heads.
My light spin rod had a black magic whiting whacker with squid strips, using 10-pound braid with a 15-pound leader. I landing more small pinkies than I could keep a count so I move spots. Heading further out into the bay I stopped around the 6 6-meter mark, It was almost 9am, High tide. After changing to fresh baits and lowering the berley pot, it was time to wait. I didn’t have to wait long as my Tigers rod from JDCustom rods was ready to buckle, Beauty I thought, FISH ON !, This was pulling like a gummy but I was wrong and after a short fight I, was rewarded with fat and healthy 48cm bar-tailed flathead.

With the baits in the water on either side of the yak, I grabbed the veritas soft plastics rod. Using a revo 2x inshore reel with 10-pound braid and 10-pound leader I paired it up with a savage gear sand eel plastic in green and gold. This is one lure I recommend when chasing flathead as it never lets me down. After a few casts BANG! It was action stations, After a short fight with another beast of the deep up came that tell tail brown arrow-shaped shadow, Another 45cm flathead. By this stage, high tide had come and gone and the water started to run out, Managing another port Jackson and a good chunk of a banjo shark on the smallest of the 3 rods, The wind started to die down to almost none existent and so did the fishing, unfortunately.
Contemplating whether to pack up and go home my heart almost skipped a beat when I realised my tiger’s rod was almost in the water completely buckled underneath the kayak and It was on-again. But after a short fight the fish was gone as well as the hook. around 10:30 am I decided to change the rig on my big rod as all I was getting with the bait sitting on the bottom was banjos and port Jackson sharks, to a standard paternoster rig with 2x 2/0 suicide snapper hooks and put some pilchard tails hoping for a flathead or a gumbo. I didn’t have to wait long as the line started to pull tight, I grabbed the rod and set the hook, not knowing at this stage the big lizard that was on the other end had no chance of getting off as it had devoured not only one but both baits and the 2 hooks were firmly in its gullet. So far the morning had been a success 3 big flathead over 45cms and some other species to keep me interested.

The wind was due to pick up around 1 pm, so I decided to head back in and was only sitting in about 3 meters of water, but as with every fishing story, there is always that one last cast so I set the anchor and flicked out a small plastic grub. Little did I know the next hit was going to make my day. The lure was a 3-inch grub and the fish that came up from the ocean floor was 6 inches long.  A small grass whiting, beauty I thought, If there is any squid around surely this will nail them, After hunting around in the tackle box I found a squid spike and on she went. stupidly i put it onto the paternoster rig on my big rod with the bottom hook still in place and a 2/0 hook with a pilchard tail on it, In my head I was thinking I might get a flathead on the bottom hook cruising the shallows and or a squid on the top, So in the rod holder it sat, My light spin rod was getting hit after hit after hit, but I could not for the life of me hook up to anything, Not once did it think of changing the hook to a smaller one. That was until My big rod buckled over and in came a king george whiting pinned through the top jaw.
The hook was almost the side of the fishes head but somehow I managed to hook it. At this stage I realized why I wasn’t getting any hookups on my Tigers rod, So I changed to a running sinker rig with a size 4 long shank hook and it had instant results, Using small squid strips and just pinning them in the top of the strip so the bait can waft around I was on to the 1st of 7 whiting in half-hour, All the fish managed to be around the 32-35cm mark and then I hooked a smaller undersized one, The problem there was once i released him, the school moved away, The Wind had started to pick up intensely So i figured it was time to leave, as I was pulling the last rod up I was surprised with a small southern calamari munching away on the grass whiting from earlier, I didn’t even know it was there but it had been there a while as all that was left of the whiting was the head and a small portion of the tail.
All in all, was a great day out on the water, I’m glad I headed in when I did, As I was driving away the white caps had started to form and conditions went downhill very quickly.
After all that I now know there are some great whiting grounds off the Campbells cove area and you don’t have to paddle out too far to get them either.
Campbells Cove Fishing Report