A tornado has ravaged popular fishing destination Lake Purrumbete which is located in Koallah. It has caused an estimated 1 million dollars damage to the local holiday park. The team at FishingMad by coincidence were at the location only 48 hours earlier. Myself and good mate Mark were staying at the holiday park. We were busy testing some newly released fishing gear. Also filming fishing content that was to be shared with our YouTube channel and locations guide. We had been staying at the holiday park in cabin 9 for a couple of days. The fishing and weather had become quite challenging so we decided to leave a day early. We awoke shortly after to the shocking news headlines that the holiday park had been flattened by a tornado that swept through.

Our thoughts and best wished go out to all those impacted by the tornado. This would include the owners of the holiday park, residents and those who run charter services from Purrumbete.

It all happened very quickly around 10.30pm on the 1st of May. It lasted only minutes, local residents describing screaming hurling winds coming from nowhere without warning. But in that very short time, it left behind a trail of destruction. Large trees had been torn out of the ground, whilst smaller trees were scattered all over the park. Boats and trailers flipped over. Neighbouring roofs lifted from houses. Furniture and other items scattered and blown over half a kilometre away.

The holiday park was hit severely with the majority of the cabins ruined. It’s confirmed that 40 cabins have been destroyed and a further 20 damaged. The park will now be forced to close its doors for several weeks whilst a major repair and clean-up operation begins. The holiday park owner John Clements is just keen to get things repaired and back operating. Emergency services was on the scene quickly helping all involved. Thankfully, at the time there were only 5 residents staying at the park. No major injuries bit a few cuts and bruises which is a reasonably good outcome when you consider the week prior the holiday park was packed with keen anglers, families and children.

For those who don’t know Lake Purrumbete is a brilliant fishing location. A spot where you can land a trophy size chinook salmon, brown or rainbow trout. Its also a place where you could catch 100 plus redfin in one day. It has a boat ramp and onsite tackle store. For more information about fishing at lake Purrumbete read our detailed guide here. 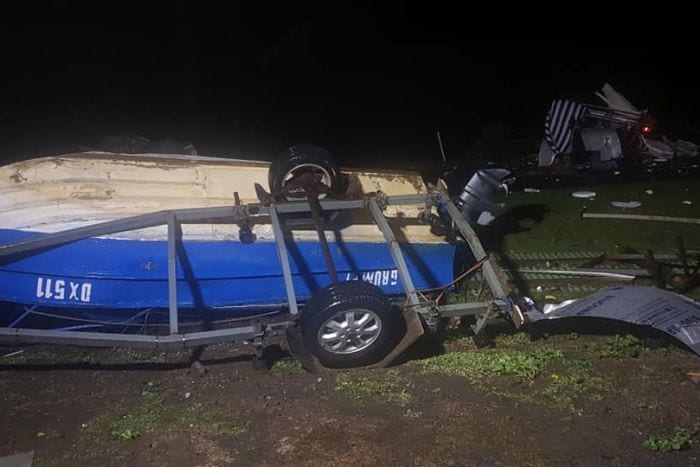 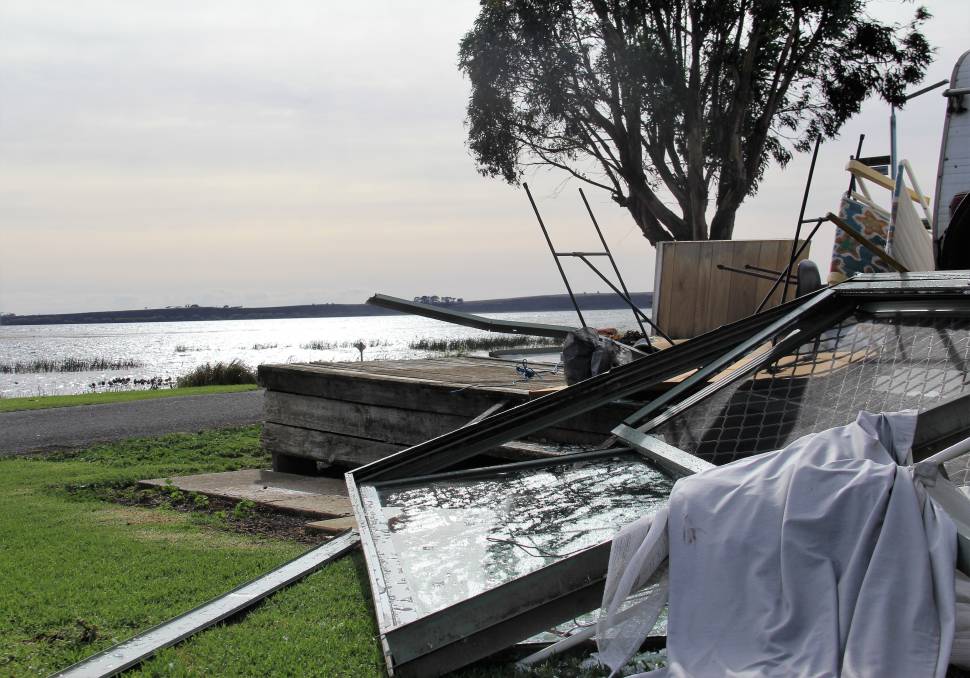